FOR most rugby fans on this side of the water, former Ireland captain Willie Anderson’s name resonates for three reasons:

‘Crossing the Line’ covers those escapades and much more with humour, humility and honesty. It is rip-roaring yarn told in Anderson’s own distinctive Northern Irish dialect and style, with the assistance of Brendan Fanning, the respected Dublin-based rugby journalist.

The book recounts an incident in 2002 on a boozy night in Clermont-Ferrand, when Anderson had to be ushered away from Fanning by Williams before things got nasty. This pair have history, and that can only have helped ensure that this story doesn’t fall into the trap of being a polished-up version of the truth – although that isn’t Anderson’s style anyway. He is happy to acknowledge that he is his own worst enemy at times, and to shoulder the consequences of his not infrequent rash errors of judgement.

Anderson is unflinching in his assessment of others, but also of himself. He speaks candidly about the emotional turmoil he suffered after being behind the wheel when a tragic car accident took the life of an 11-year-old boy from his hometown, how that fed a drinking habit which had long bordered on and often strayed into the excessive bracket, and how a letter from his son finally prompted him to address the problem.

He freely admits that his commitment to rugby’s old-school booze culture inhibited his playing and coaching progression, having a habit of shooting his mouth off when diplomacy is required, and to having struggled to toe the party line throughout his life.

What he doesn’t need to tell the reader, because it jumps off the pages, is that his wholehearted commitment to being true to himself means it is impossible not to warm to the guy. His flaws do not negate his essential decency.

Over the course of Anderson’s life story, he recounts growing up in rural Northern Ireland during the height of the troubles, when the threat of fatal violence lurked around every corner and touched his own life on several occasions. H explains how the sectarian divide was not just normalised but often embraced as part of everyday life in a way which is hard for outsiders to grasp.

“It’s one of the great conundrums of Irish sport that you can be raised in Northern Ireland, in the Protestant tradition, with an allegiance to the Crown, and be obsessed with playing for a country that wants to reclaim the land that reared you,” he ruminates during the chapter dealing with his first Ireland cap. “I didn’t get hung up on it. So the anthem was no more than an irritant. Better men than me had coped with it.

“It didn’t stop the looneys on my side of the fence letting me know how they felt,” he added, before reprinting a letter he received around this time from a very irate fellow Northern Irishman. 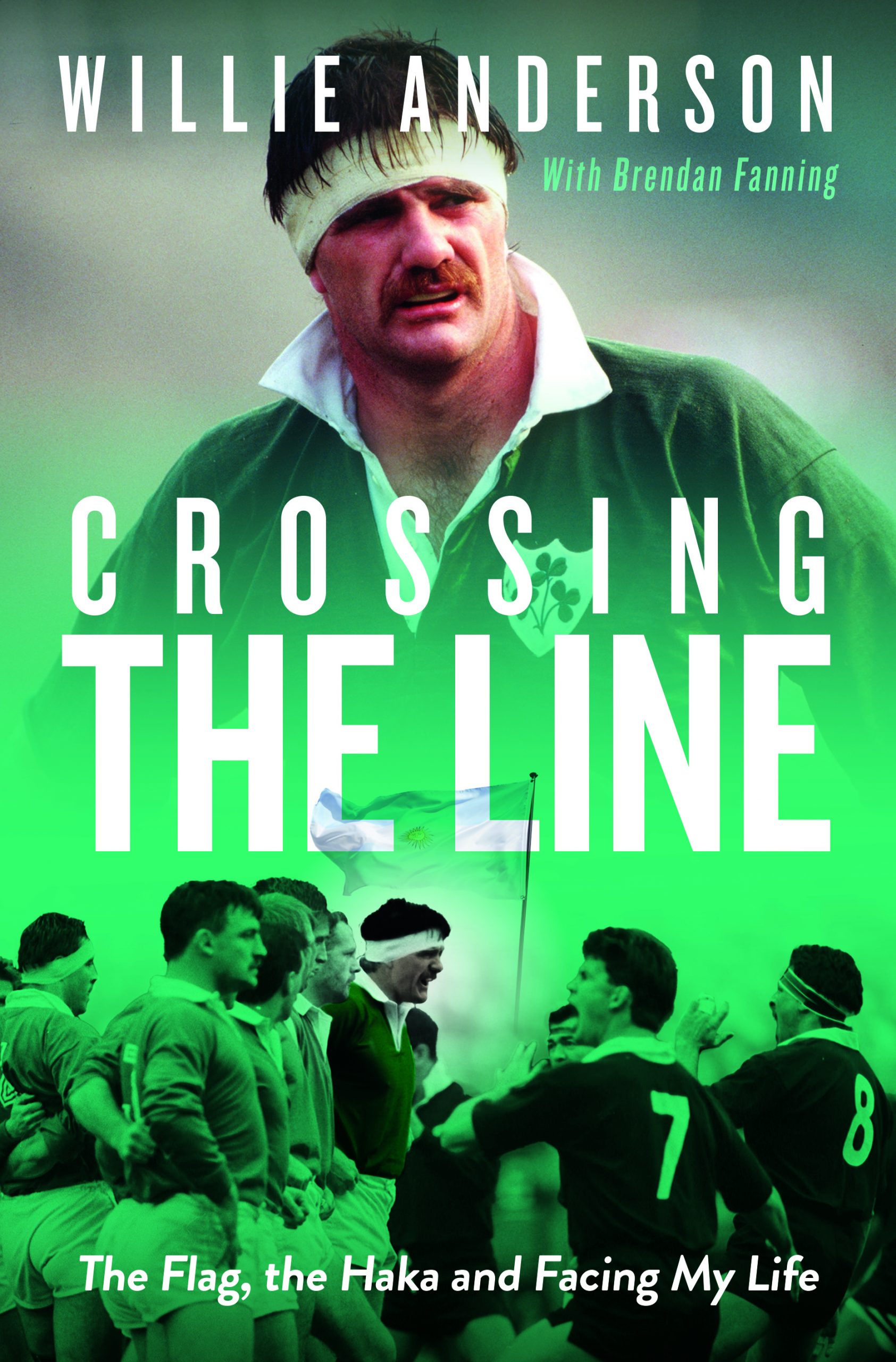 Anderson gives a fascinating insight into Irish club, provincial and international rugby during the twilight of amateurism and dawn of professionalism which will resonate with Scotland fans. His memories of playing in the inaugural World Cup in 1987 is a reminder that the powerhouse which is modern professional rugby in Ireland emerged from the same sort of primitive beginnings as we had in this country.

Meanwhile, his assessment of the state of play in Scotland after his stint as the national team’s forwards coach in 2005 is brutal but difficult to argue against. “It was’t a good time to be off the pace,” he writes. “But Scotland were happier carving each other up in the boardroom and standing still on the field because they hadn’t done the work on development.

“Matt Williams got a lot wrong, and three wins – Samoa, Japan and Italy – from 17 Tests was a killer. He talked the talk at the start and then had to backtrack when he realised the scale of the climb that was ahead of him. I made mistakes too … but the sad state of Scottish rugby was something they managed all on their own.”

Some of the biggest lows have been outlined above, but this book is not a tragi-comedy. Anderson has had plenty of good times, too, both on an off the pitch. He played in the Ulster side which won the Interprovincial Championship nine years on the bounce from the mid-1980s onwards, and in the Ireland team which claimed the 1985 Triple Crown. He coached the Dungannon club side which lifted its only All Ireland League title in 2001, was then part of the set-up at Leinster as they became a genuine force in European rugby, and finally finished up as a specialist forwards coach at Ulster, working with the Academy and A team from 2016 until his retirement in 2020.

It would be wrong to describe his career as having gone full-circle. That would be far too simplistic. Willie Anderson’s story could never take such a clearly defined route, even if he wanted it to.

About David Barnes 3114 Articles
David has worked as a freelance rugby journalist since 2004 covering every level of the game in Scotland for publications including he Herald/Sunday Herald, The Sunday Times, The Telegraph, The Scotsman/Scotland on Sunday/Evening News, The Daily Record, The Daily Mail/Mail on Sunday and The Sun.