AFTER such a good start in the PRO14, it was perhaps inevitable that Glasgow’s first competitive defeat of the season would feel like a big reality check, especially as it came in their first game in Europe. But one loss on the road against Exeter Chiefs has certainly not cast a pall of gloom over the Warriors players, especially as they have a chance on Saturday to get their Champions Cup campaign back on track when they welcome Leinster to Scotstoun.

Pool 3, which also includes Montpellier, is arguably the toughest of the five, and therefore the least likely to provide one of the runners-up who will qualify for the quarter-finals. It would certainly be a surprise if any of the quartet emerged as a runaway leader, with the eventual winner instead probably having a fairly low points total.

In other words, that defeat in the south-west of England should be put in context. It does not mean that all of the good work that gave Glasgow six wins out of the six in the league has been undone; nor does it mean that they are doomed to be also-rans in Europe. It simply makes it more imperative that last season’s quarter-finalists return to winning ways against their old rivals from Ireland.

“The belief hasn’t dropped off,” was Tommy Seymour’s verdict. “We don’t want to get too negative. We won six out of seven, we won all our league games, and Europe is incredibly different to the league.

“We didn’t really click at the weekend, and that isn’t taking anything away from Exeter – they had a great game plan, they executed it brilliantly and it was a wet night. But we didn’t click well and we left a few things out on the park.

“There are definitely things we can fix. We’ve got full belief that coming back to Scotstoun and getting on our home paddock in front of our fans – and while we have a lot of things to rectify – we can go out there and get a win.

“It’s as close to a must-win as you can get. We have an incredibly strong pool, that’s pretty obvious, so you can’t allow margins to get too big between teams and certainly we will be looking to carry on the home form from earlier in the year.

“It’s fairly well documented that home games are vitally important. Add in the fact that we haven’t managed to win in round one as well. People talk about the group stages being as close to knockout as you can get in a group scenario, and that’s the way it is. This game has real significance and we’re not going to shy away from that.” 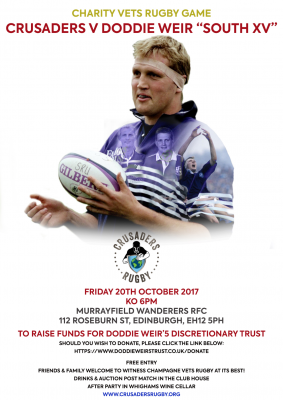 All three of Exeter’s tries in their 24-15 win came off drives from their pack, but Seymour was disinclined to blame his own forwards for any shortcomings, insisting that they were perfectly capable of fixing things for this weekend. “You’ve just got to up your physicality,” the winger said when asked what needed to be improved this time round. “You’ve got to be sharper on your discipline, you’ve got to be smarter with your kicking game so you’re playing in the right areas of the park – and then you can always up your physicality.

“I don’t question our pack’s physical capability at all. We’ve come across some bigger packs than the Exeter pack and our boys have come off better. Obviously on the weekend we conceded three tries in that manner, but there are plenty of things we can go about doing during the week to make sure that’s not the case at the weekend, otherwise you’d think that every team would come at us with the same mentality.

“Leinster like to play with a lot of tempo in the game and you know it’s going to be a real physical encounter. You’re going to have to go from the word go in terms of trying to nullify the vast amount of threats they have across the park.

“Leinster can play in several different styles, so it’s just about going in with a real combative mindset and then imprint your game plan as early as possible. We’ve had a lot of different styles of games against them, we’ve had some draws, and wins quite significantly for either side as well. I’ve no doubt this game is going to be a cracker as well.”

Leinster beat the French side with a bonus point last week, while a late score by Exeter denied the Warriors the consolation of a bonus for a narrow defeat. In such a tight group it would therefore be useful if Glasgow could pick up five points on Saturday while preventing Leinster from getting anything, but Seymour warned that the priority had to be ensuring any kind of victory.

“Exeter managed to stop us from getting one, so bonus points are obviously huge, but for us the mentality has to be to get the win first. Assuming we’re winning it would be delightful to stop them getting anything out of the game, but as I said coming off the paddock with a win even if they got a bonus point wouldn’t be the perfect scenario, but it would certainly be a very good one.”

THE OFFSIDE LINE'S coverage of Glasgow Warriors is powered by MCCREA FINANCIAL SERVICES.

About Stuart Bathgate 1213 Articles
Stuart has been the rugby correspondent for both The Scotsman and The Herald, and was also The Scotsman’s chief sports writer for 14 years from 2000.

Stafford McDowall and Fraser Brown impress for Franco Smith’s side …

Stafford McDowall to captain the side …