Game of the Year –

The judges said: “Played behind closed doors in Colwyn Bay on the Friday night before the now Covid-cancelled senior match was supposed to have been played, there was a surreal atmosphere before this game, with nobody quite sure why it was going ahead when everything else was being shut down.

“So full credit to Sean Lineen’s boys, who blocked out all external factors to produce a performance packed with purpose and vigour to blow away their Welsh opponents, scoring seven tries along the way in a 17-52 victory, which saw the young Scots surpass the half-century mark for the first time ever in a Six Nations match.

“Stand-off Nathan Chamberlain was the star of the show, scoring three tries and kicking eight from eight shots at goal for a personal tally of 32 points, but there was excellence all over the park from the boys in blue – proving that there is serious talent out there in Scottish rugby, and it just needs to be given a chance to rise to the occasion.”

Performance of the Year –

The judges said: “Even by the bizarre standards of 2020, this was a tough old year for the Scotland Women’s team. It started with a promising performance but frustrating defeat in Dublin (18-14), then their England match was initially postponed before being played in truly atrocious conditions behind closed doors at Murrayfield on a Monday afternoon (0-53 loss), then their match in Italy was postponed a few hours before kick-off due to a sudden tightening of government Covid restrictions, then their home match against France bit the dust because a member of the Scotland squad had contracted the virus.

“By the time Scotland had a chance to play catch-up on their Six Nations fixture schedule, head coach Philip Doyle (who was shielding on government advice) had stepped down and been replaced by Bryan Easson.

“The Scots had a lot of frustration to collectively get out their systems by the time they faced France on 25th October, and they harnessed it brilliantly to fight back from 3-13 down to secure a dramatic draw. For context, France had won the previous 10 matches between the two countries with an aggregate score of 426 for and just 23 against.

“Admittedly France, who had beaten Wales 50-0 earlier in this Six Nations, were hampered by having to play with only 14 women for the last 20 minutes, having used up all of their substitutes by the time one of them, Lenaig Corson, was injured. But that didn’t take the shine off Scotland’s achievement, characterised by a monumental team effort in defence.

“A special mention is required for Helen Nelson who nailed a touchline conversion with just over five minutes to go to secure the draw.”

The Lazarus of Bethany Award for Comeback of the Year –

The judges said: “After more than two injury-ravaged years – during which time he spent three months bed-bound following a bilateral adductor reconstruction and was told it was highly unlikely that he would ever play again – Sutherland did battle his way back to fitness, via a couple of run-outs for Edinburgh Accies in the Tennent’s Premiership.

“Stuck behind Pierre Schoeman and Jamie Bhatti in the Edinburgh pecking order, he did manage two starts against Wasps and Bordeaux-Begles in the European Challenge Cup, which was enough to convince the Scotland coaching team to give him a shot in the national No1 jersey.

“Any concerns about Sutherland being under-cooked were blown away by a towering performance in Scotland’s Six Nations opener against Ireland at the start of February, and he has continued to grow in stature throughout the year as a devastating scrummager and a dynamic force in the loose.

“Frankly, if he maintains this form, stays injury-free and Warren Gatland doesn’t take him on this summer’s Lions tour, then Scotland might as well call time on the whole concept of it being a truly British and Irish endeavour.”

The Hard Luck Story of the Year –

The judges said: “Biggar were 19 points clear at the summit of National League One, had already been awarded the trophy and were planning for life in the Premiership the following season, when rugby went into lockdown in mid-March. Similarly, Dalkeith were an unassailable 17 points clear at the top of the East League Three table with all their games completed, having had an average winning margin of just over 23 points.

“The subsequent decision to declare the season null and void, meaning no promotion (or relegation), was a kick in the teeth to both clubs and they subsequently got together and gathered enough support to call an SGM to approve a one-off dispensation for next season which would allow them to move up a division without any team being relegated.

“That would mean odd numbers in the Premiership and East League Two for the campaign, but Biggar and Dalkeith argued that this could be accommodated through utilising stand-by weekends.

“The motion was voted down [78-90]. In the grand scheme of things, this might not be a world-shaking issue, but having worked so hard to achieve their goals for the season, it really was a sporting travesty. We wish them well as they look to bounce back when league rugby finally resumes.”

The Ronnie Corbett Award for Absolutely Milking a Good Joke –

“Repeat until funny,” was all that photographer Craig Watson would say after being informed that he had picked up this accolade.

Super6 Try of the Year –

The judges said: “It was a tough first season in the new league for Ben Cairns’ Stirling County, but this 70-metre effort at The Greenyards gave the Bridgehaugh men something to cheer.”

Club Rugby Try of the Year –

The judges said: “Everybody loves it when one of the big bruisers in the pack shows off some silky skills which puts the pretty boys in the backline to shame. Nice!”

Scotland Men Try of the Year –

The judges said: “With only 20 tries (including eight against Georgia) scored in nine matches across the course of the year, the choice wasn’t huge, but this one from Scotland’s new skipper demonstrated that he and the team still have the ability to cut the opposition wide open if the circumstances are right.”

Edinburgh Try of the Year –

The judges said: “What’s not to like about this coast to coast score? It’s been a big year for Charlie Shiel who has confirmed that not all the exciting scrum-halves in Scottish rugby are based in the west.”

Glasgow Warriors Try of the Year –

The judges said: “George Horne doing what George Horne does best, with an excellent contribution in there from Nick Grigg as well.”

Scotland Women Try of the Year –

The judges said: “Excellent power and footwork from Jade Konkel to step out of the tackle, then she delivers a perfectly timed pass, but Rachel Shankland still had plenty to do and the debutant showed sizzling pace to score in the corner.

“A special mention as well to Helen Nelson for nailing the touchline conversion which secured the draw.”

The judges said: “Fair play to Stuart Hogg. He came back from the 2019 World Cup determined to help lead Scotland’s rehabilitation, and asked Gregor Townsend to make him captain. Over the course of the year, he has been an assured presence at the back for the national team, and although we have not seen as much of his attacking flair as we would have liked, his defence, solidity under the high ball, kicking range and general maturity has been crucial to the team achieving its purpose of becoming harder to beat.

“It has not been all plain sailing, however, with the Hawick man finding himself in the middle of the storm surrounding Finn Russell’s departure from the camp during his first two weeks in the job. He also had this howler during Scotland’s opening game of the year against Ireland. But, true to character, he took the stick which was inevitably directed his way on the chin and then moved on.”

The Rocky Balboa Golden Glove for Taking a Punch –

The judges said: “With the game finely balanced at 6-7 just before half-time, French tight-head Mohamed Haouas – who was being pulverised at scrum time by Rory Sutherland – let his frustration spill over and threw a wild haymaker at Jamie Ritchie.

“The outcome: a red card for Haouas, while Ritchie went on to complete an outstanding performance as Scotland brought France’s Grand Slam hopes crashing down around their ankles.”

The Hair Bear Bunch Award for Services to Style and Charity – 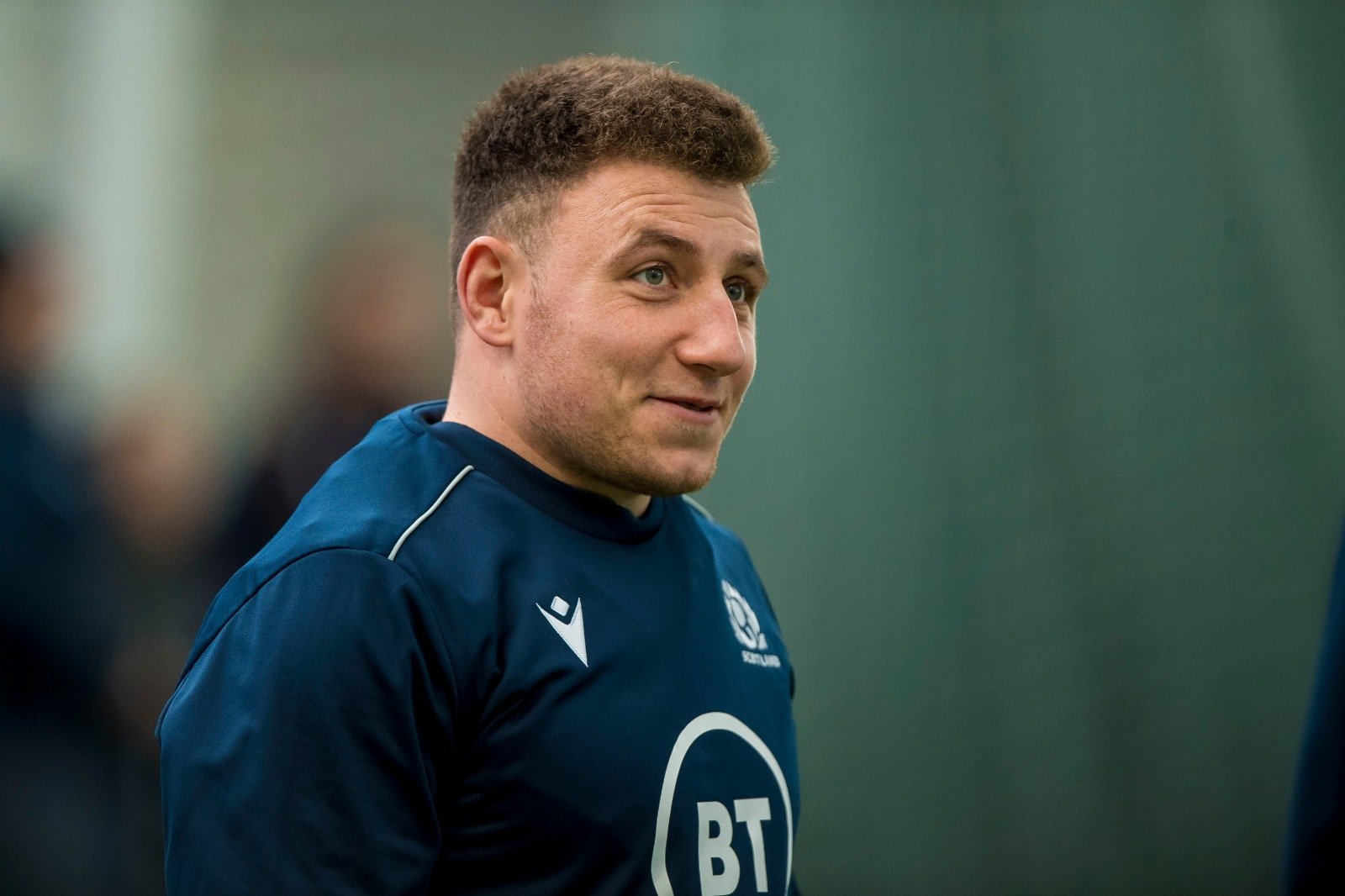 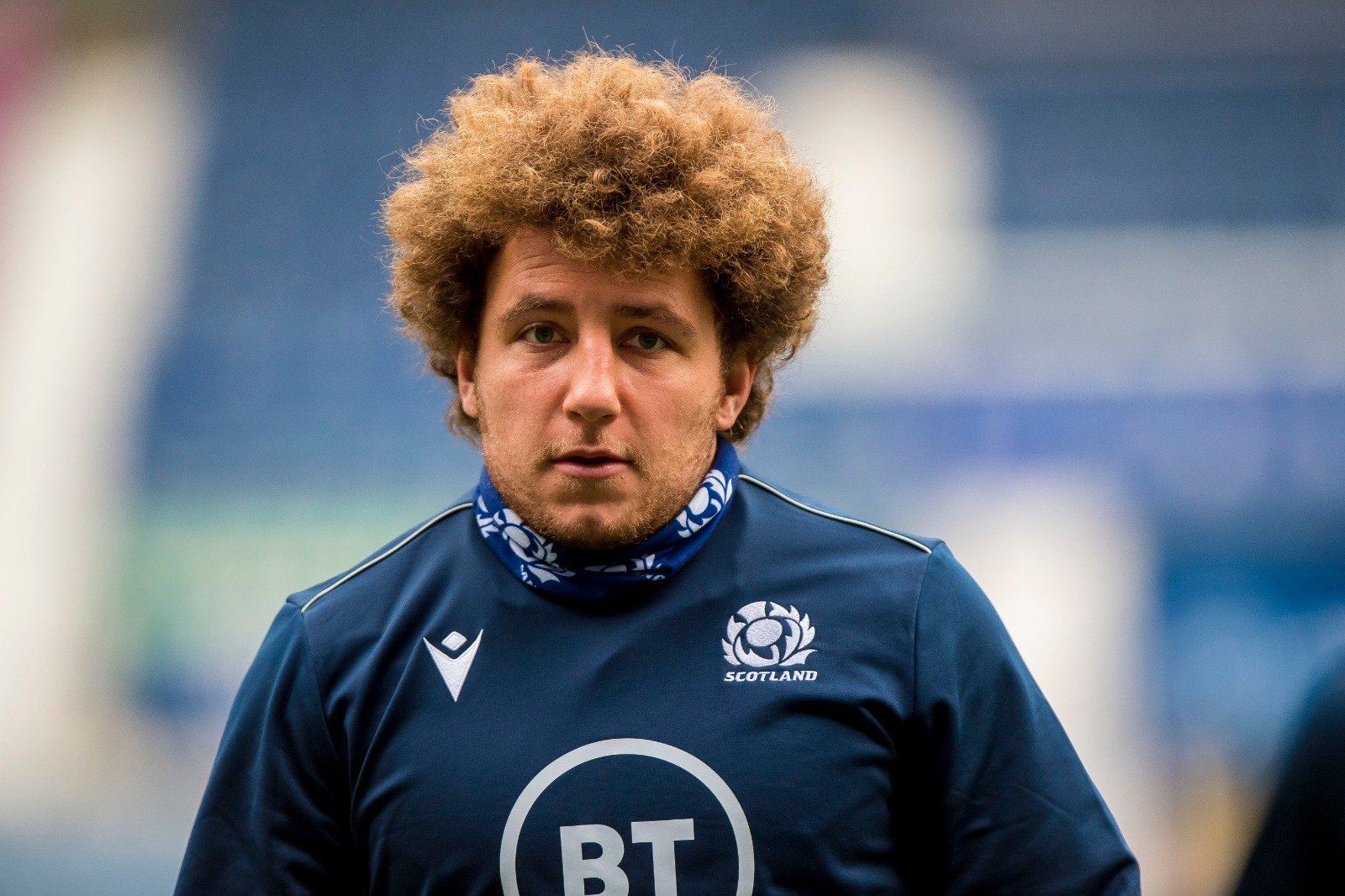 The judges said: “Nobody could accuse Jonny and Sam of not pulling their weight at Exeter Chiefs since joining the club, but to turn up just in time to lift both the Premiership and the Champions Cup trophies from the previous season were the sort of moves that chess’ greatest grandmaster would be proud of.”

Booby prize for being cheapskate copy-cats –

Posted 1 day apart. This is why it’s so difficult for content creators to get where they want to go to in rugby media. Because the big boys are just taking the good stuff and using it for themselves without credit. Frustrating times… pic.twitter.com/k1YKi7p5Mu

The judges said: “Come on World Rugby, you should be better than this.”

3. Opinion: ‘There is something rotten at the heart of Scottish Rugby’ (27th February)

And finally, a moment of reflection for the great people of Scottish rugby we lost this year, including (but not exclusively) –