ANDY IRVINE, the great Heriot’s and Scotland full-back of the 1970s and early 1980s, was always impressed by the remarkable ability the best club side in the country during his era had when it came to regenerating its team year-on-year. And he was always amused by his pal Jim Renwick’s depiction of head coach Derrick Grant’s role in keeping Hawick motoring along at the top of the Scottish game.

“They would lose someone like Norman Suddon at prop or Wat Davies in the back-row, and Renwick used to say: ‘Not to worry, Derrick will just go up into the hills around Hawick, and he’ll chop one down and carve another great player,’” recalled Irvine, a number of years later. “And that’s basically what happened: when anyone retired there was always another player ready to take over. Derek Deans retires as hooker and Colin Deans comes along. Norman Suddon retires and Norman Webb comes along. Donnie McLeod retires and Sean McGauchey comes along. The number of top players Hawick produced during that period was astonishing.”

Back then, Hawick was operating at full employment with the textile industry the driving force of the local economy. Civic pride was sky high and rugby was the only show in town for young men raised on stories of the great ‘Greens’ sides of the 1950s and 1960s.

But the world has changed. Globalisation has decimated the textile industry in the region, with an inevitable consequence for associated businesses. Youngsters increasingly have to look towards the cities for work, while population shifts have brought welcome diversity but loosened the natural bond which existed between the rugby club and large sections of the town’s residents.

If the mountain won’t come Muhammad …

The conveyer belt of talent has not ground to a halt – the emergence of Stuart Hogg and Darcy Graham as two of the most exciting stars in the Scottish game in recent years proves Hawick’s enduring ability to produce top performers – but there is now a much greater necessity to oil the wheels of the ‘Green Machine’ through proactive recruitment of the next generation of home-grown players.

“I don’t think people understand how big a challenge it is to get kids playing and keep them playing rugby,” says John ‘Rocky’ Johnstone, who has spent the last 23-years working tirelessly to develop rugby in the town, first as a volunteer primary school and under-16s coach, then for the last 15 years as a development officer and manager of the Hawick Rugby Academy. “There’s a drop-off at every level, computer games are a big distraction, and the kids with a bit more get-up-and-go will be thinking about football and other sports as well, which wasn’t really an option when I was growing up.”

“I think that’s a good thing, I’d encourage any youngster to play any sport they get a chance to try, because it’s all great learning and when the time comes they’ll know which way they want to go – whether that is football or rugby or darts or whatever else. The important thing for us is to make sure that rugby is always up there as something they enjoy doing and they can see a future in it – which might mean playing for Scotland like Stuart Hogg, but more often than not means having a good career as a club player.”

“So, we’re always adapting because the mind-set of kids is always changing.  Society today is not sport orientated, so to capture them we’ve got to get in early and really make it appeal. It is not like the days when Bill McLaren was working all the local primary schools and you had to take that rugby session – now everything is a choice.”

“While we get a lot of backing from the schools, the onus is on Hawick as a club to get people like myself and David Oliver [the assistant development officer] out there and engaging with the next generation of players, because we can’t rely on them just turning up at our door anymore.”

“Rugby is still in the history and culture of Hawick. A lot of us were born into it and brought up with it by our mums and dads, but now we’ve got more and more people from elsewhere – Glasgow, Edinburgh, Portugal, Russia, you name it – and the challenge for us is to get out there and help the kids from these backgrounds to see what we have to offer.”

“It might be two or three-hundred kids we reach out to every week – and some of them already have an eye on playing in that green jersey – but if we pick up one more player for Hawick who wasn’t interested in rugby before then that is a big bonus to me.”

The rugby journey starts early in Hawick, with six local schools competing in regular tournaments for the Chrystie’s Quaich (primary four and five) and the Keown Trophy (primary six and seven) before moving on to secondary school.

“We’ve been a ‘School of Rugby’ for a few years now, which means extra funding from the SRU to run our programmes, and that has helped big time in terms of running extra sessions. We run the participation part in the High School from S1 through to S3, and then ‘Hawick Youth’ – which is effectively the club – takes over for Under-16 to Under-18,” explains Johnstone.

The two semi-junior (Under-18) clubs in the town were pulled together a couple of years ago in an effort to concentrate limited human resources.

“I think that was one of the best moves Hawick rugby has ever made. The first year we had our top team as the Wanderers and our development side as the PSA, then this year we had it the other way around – but we’re hoping to get to the stage where we can run the top team as Hawick Youth and a ‘PSA/Wanderers’ combined team as the development side. One of the big challenges has been finding games for the development side because the other semi-junior league teams don’t want two teams from effectively the same club competing in the same competition,” says Johnstone.

Results at youth level have been positive. The Under-16 side were runners-up in the Border League this season, having won the title in each of the previous three years. They also won the Plate Final in the Scottish Schools Cup. Second-row David Murphy-Clark will be down in Wales next week with the best young Scots in that age-grade competing at the Colwyn Bay Rugby Festival, while number eight Rhys Tait was unfortunate to miss out.

Meanwhile, the PSA were undefeated champions in the Border Semi-Junior League, won the Border Cup and were beaten quarter-finalists to eventual winners Stirling County in the National Youth League Cup.

“We gave them a good game but the difference was that they are used to playing at that higher level,” says Johnstone. “We need to be playing at that level week-in and week-out, so we’d love to go into the Shogun Conference (the top league in youth rugby), but if we do that we have to take the whole town with us – not just the 16 to 18-year-olds in the Hawick Youth set-up – and I don’t think Hawick High School is ready to take that step with the S1 to S3 teams at this point in time. We’d need to have two coaches at each age-level to travel up and down the country for the games, so it is a massive commitment. We’ve got a couple of teachers who volunteer at the High School and they are great, but it’s a big commitment these days – they have to plan sessions because you can’t just turn up and chuck the kids a ball – so finding people to take that on is a big challenge.”

There is no escaping the fact that player numbers are down. Of the four ‘junior’ clubs which used to feed into the senior Hawick side, only the Harlequins and Linden are still fielding teams – and there is a tension over where players of different levels should get their game time.

“The Quins and the Linden are self-founded clubs so they’ve got their own money and their own agenda. I know they get frustrated when they think Hawick Youth are directing all their players to the Force [Hawick 2nd XV], but my job is to get these boys playing at as high a level as they possibly can, so if that is Hawick or Hawick Force then that is great, but if it is Hawick Harlequins or Hawick Linden then that is great as well,” says Johnstone. “We just want as many rugby players in the town as we can get, and its really up the players where they want to go.”

“It is excellent that we have three (adult) clubs in the town going well. I’d love it if Hawick can beat Stirling County in the Cup semi-final on Saturday because that would show everyone else in Scottish rugby that staying in the Premiership after a tough start to the season wasn’t a fluke. You don’t get to a Cup final by fluke.”

“And the Quins have had a brilliant season, running away with East League Division One, which means they can take promotion into the National Leagues if they want it. They’re playing Barnton in the Shield semi-final on Saturday, which means we could have two teams from the town at Cup Finals Day at Murrayfield (on 28th April). What an occasion that would be.” 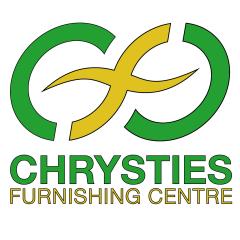 Highland taking big strides towards becoming a beacon for rugby

THE OFFSIDE LINE’S coverage of grassroots, youth and schools rugby is supported by MACRON STORE EDINBURGH (COLIN CAMPBELL SPORTS). Click HERE to contact the team for information on how they can help with your club or school’s kit supply demands.
About David Barnes 3182 Articles
David has worked as a freelance rugby journalist since 2004 covering every level of the game in Scotland for publications including he Herald/Sunday Herald, The Sunday Times, The Telegraph, The Scotsman/Scotland on Sunday/Evening News, The Daily Record, The Daily Mail/Mail on Sunday and The Sun.