Meanwhile, the boys under-18s festival will make its comeback after two years in hibernation due to Covid and be played at the French Federation National Centre in Marcoussis, France, with three game days on Saturday 9th, Wednesday 13th and Sunday 17th April. Scotland will play a 70 minute game against Italy on day one, against England on day two and France on day three.

“This is a great development for our sport, and in particular the Women’s game,” said Julie Paterson, Director of Rugby, Six Nations.  “Six Nations Rugby and its unions and federations are committed and excited to put foundations in place, that can lead to the sustainable growth of our women’s competitions, for the good of the game.

“We are at a watershed moment for women’s rugby, a huge year for this area of the game, with all eyes on the Rugby World Cup, in New Zealand later this year, and the introduction of a Women’s Under-18 platform highlights the collective ambition to realise this incredible opportunity to motivate growth in the game.”

“It is hugely exciting to think, that we could see stars of the future emerge at the Under-18 level that go on to represent the unions and federations at the elite international level in years to come.”

The details of the festivals are as follows (a full schedule will be issued in due course): 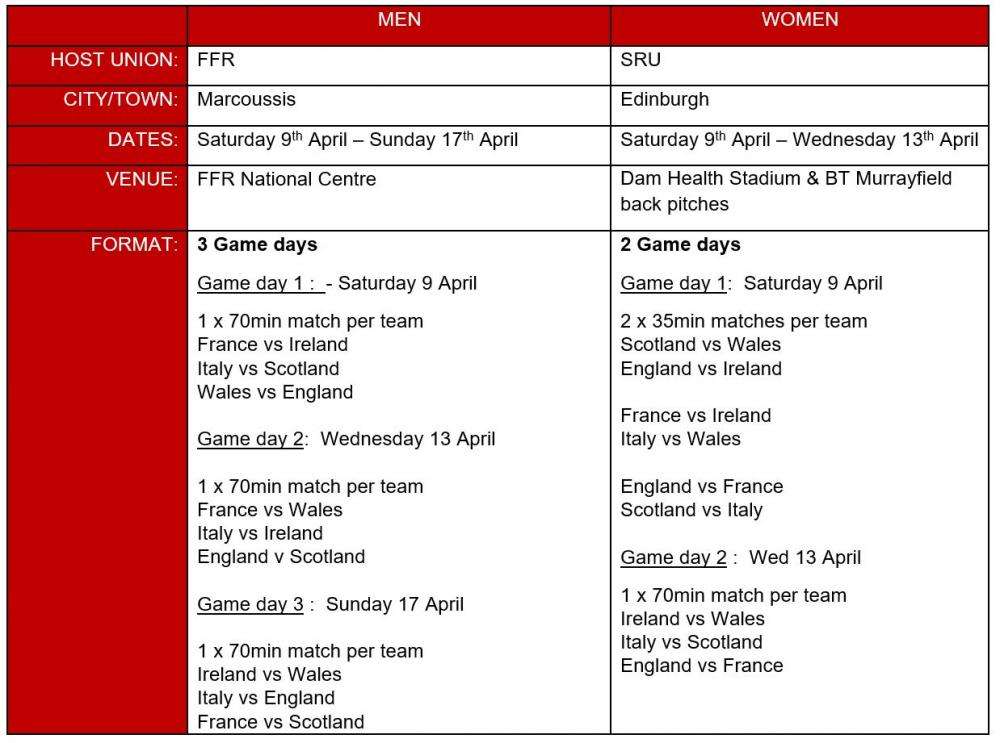 About David Barnes 3185 Articles
David has worked as a freelance rugby journalist since 2004 covering every level of the game in Scotland for publications including he Herald/Sunday Herald, The Sunday Times, The Telegraph, The Scotsman/Scotland on Sunday/Evening News, The Daily Record, The Daily Mail/Mail on Sunday and The Sun.