SCOTLAND will kick off their 2022 Women’s Six Nations campaign with a home game against England on 26th March. That match will take place at Edinburgh’s DAM Health Stadium, but the team will revert to their customary home, Scotstoun, for their game against France the following month. Their other three fixtures are all away from home.

As with 2021, the women’s Championship will occupy its own window, separate from the men’s senior and under-2os schedule. All 15 games will be shown on the BBC in this country, with some matches being broadcast on a terrestrial channel and others being shown on the iplayer. RTE, Virgin Media and Sky Italia will show games in Ireland and Italy, while a French broadcasting agreement has yet to be announced.

“Increased visibility is key for the growth of the women’s game,” said Six Nations chief executive Ben Morel. “We are delighted to have enhanced broadcast partnerships in place along with a continuation of the dedicated window from which we saw such success last year. These two key developments along with continued investment in many other areas including performance, commercial and marketing will enhance the Women’s Six Nations for fans and players alike.” 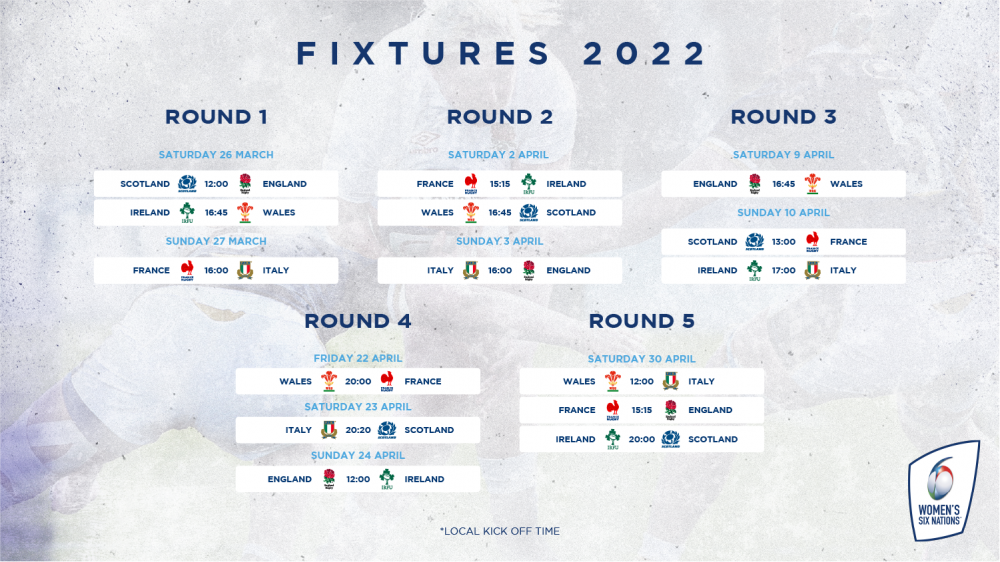 About David Barnes 2992 Articles
David has worked as a freelance rugby journalist since 2004 covering every level of the game in Scotland for publications including he Herald/Sunday Herald, The Sunday Times, The Telegraph, The Scotsman/Scotland on Sunday/Evening News, The Daily Record, The Daily Mail/Mail on Sunday and The Sun.

SCOTLAND Men ended up in sixth place at the Commonwealth Games Sevens this evening, equalling their best-ever previous performance. Scotland Women, competing in the Games for the first time, also came sixth in their competition. …

SCOTLAND’s hopes of claiming a medal in the Commonwealth Games Sevens tournament vanished this evening as the men’s squad lost 34-7 to Fiji in their quarter-final. The Scots defended well in the opening exchanges of …