GLASGOW HIGH KELVINSIDE have been turning a few heads as of late – and it is not just to do with their players stripping down for charity. 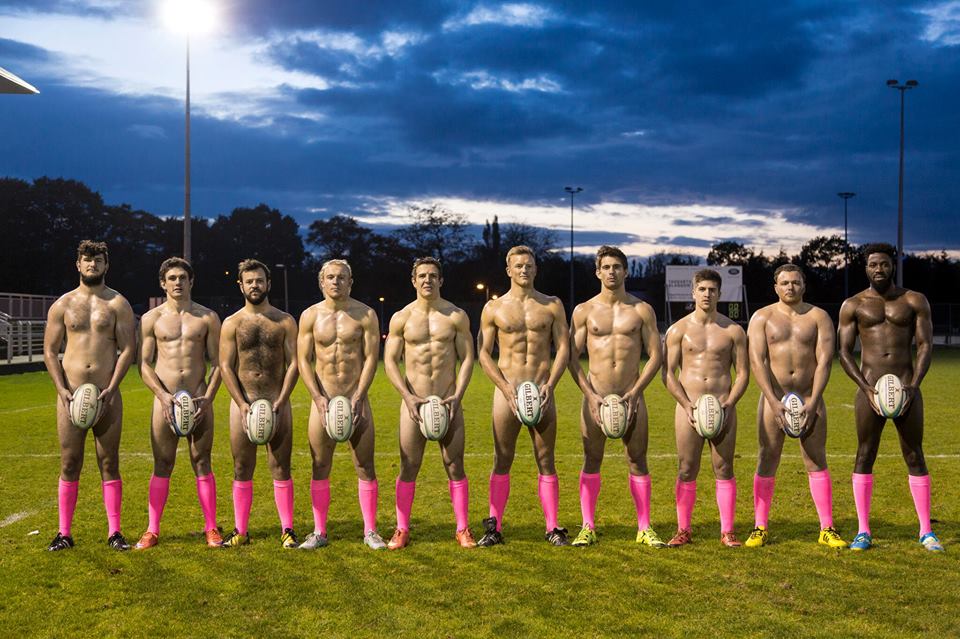 Risqué calendars aside, the club has shown its naked ambition through two successive promotions and with the team now sitting in second place in BT National League Division Two, with 10 wins from 12 matches played, they have a real opportunity to make it three in a row. It is a great position to be in, but director of rugby Peter Laverie explains that this is not part of some pre-ordained master-plan.

“Having just gained promotion, I suppose the initial goal was to try and survive in the league. We have managed to put some decent results together and, don’t get me wrong, it’s great to be sitting in second place – but I think there are four or five teams in the league who could easily get promoted this year,” he explains.

“Kelso are, of course, by far favourites. They have such a big pack and they use it really effectively; then teams like Cartha, Aberdeenshire, Preston Lodge and Peebles will definitely be looking to challenge come the end of the season. It’s far too early to say at the moment with us being just at the halfway stage. It’s been great so far, but we’re still just taking the season one game at a time.”

The mantra of ‘one game at a time’ appears to be working. GHK have lost only four league fixtures in the span of three seasons and are showing little sign of slowing down. Much of this success, in Laverie’s opinion, is down to continual cohesion between players and coaches.

Laverie himself has only been director of rugby at the club on a part-time basis since the start of the season but is a well-known face in the west of Scotland rugby scene, having been involved with coaching in the Glasgow area for a number of years. His personal connection with GHK stretches back to his schooldays at the High School of Glasgow [whose FP club merged with Kelvinside Academicals to form GHK in 1982].

He is also currently part of the management set-up at Glasgow Hawks – GHK’s co-tenants at Old Anniesland – and is the BT Premiership’s representative on the SRU council.

“We have the same core who won promotion last season and that’s obviously helped in our success this year. Our current crop of players have worked extremely hard over the last few years and behind them there is some serious effort going into the coaching led by David Mitchell. He has taken over the head coaching role from Cammy Little, who stepped away due to the birth of his child. Cammy is great and still helps out every now and then, but the real driving-force behind the players is undoubtedly David.”

Asssisting Mitchell are two familiar faces in Sean Lamont and Peter Murchie, who have over two hundred Glasgow Warriors appearances between them, whilst close at hand is their teammate Corey Flynn – the Kiwi hooker, signed from Toulouse during the summer, who is providing the pack with All Black level expertise.

“Peter lives locally, and with both Sean and Corey’s kids being involved in the mini section, they have a real connection to the club. They are really putting work back in and I think it’s evident that the boys have reacted well to that,” says Laverie.

Although a large majority of GHK’s squad is made up of former pupils, the club has benefitted from a tie-up with Glasgow University.

“There was quite a few of the university guys playing at GHK already, so that has worked out really well. We have supported them with sponsorship and helped in terms of coaching – with the both the men’s and woman’s teams – so it really is a two way partnership,” says Laverie.

“It’s a win-win situation as it also allows us to support other avenues of rugby, especially woman’s rugby, because we can’t really start our own woman’s section directly. There are already women’s sections at Hillhead Jordanhill and West of Scotland, as well as the university, and obviously in the west end of Glasgow there is limited space so this is our way of really trying to promote the woman’s game too,” he adds.

Whilst promoting the game is quite rightly an important part of a club’s reason for existing, success on the pitch remains the ultimate goal and GHK continued to achieve that as they swept aside Ardrossan Academicals 44-11 on Saturday afternoon. That impressive seven-try performance meant that they remain in the second promotion spot in National Two, just two points behind Kelso at the top of the table.

Their home fixture against the pace-setting Borderers on the 7th January undoubtedly looms large on the horizon, but that philosophy of taking one game at a time means that Peebles away is the focus this week. With the Gytes outfit looking to win their fourth game on the bounce, this fixture presents itself as a tricky way to finish off the year.

“I think people maybe underestimate how competitive the leagues outside of the BT Premiership are,” says Laverie. “They are really hard fought. I generally believe anybody can beat anybody and I think that’s evident in our league this year. There’s a lot of good rugby that gets played and perhaps that doesn’t get publicised enough.”

“We have a real buzz within the club at the moment. Both our 1st XV and 2nd XV are mustard keen and its creating a great atmosphere within the squad. I wouldn’t say we have any prima donnas, which obviously helps! I think all season long we have managed to play an attractive brand of rugby and it’s something we’re going to try and continue into the New Year.”

As Laverie has already acknowledged, a rugby season can be a lengthy grind and there is no doubt GHK will face plenty of trials and tribulations in the weeks and months ahead. Momentum is on their side, however, and promotion to the second flight of Scottish domestic rugby is definitely a realistic target. But what is the end game?

When GHK and Glasgow Academicals joined forces to create Glasgow Hawks in the early days of rugby professionalism back in 1996, the two ‘founder’ clubs dropped down to the regional leagues. It is a remarkable achievement that GHK have climbed so far back up the greasy pole [Glasgow Academicals are also doing quite well in the top half of BT National League Division Three], but it is unlikely that they would look to move beyond National One.

GHK no longer regard themselves as a ‘feeder’ club to Hawks but neither do they harbour any great ambitions of usurping their high-flying offspring. They have no desire at the moment to go down the semi-professional route of the BT Premiership with all the attendant implications that brings, and they are fully supportive of any of their players who do decide that they do want to move on to test themselves at that level. Several of their players are dual registered with Hawks.

The two clubs have a very close working relationship as separate entities sharing the same facilities. They regularly train against each other and Laverie is not the only significant character at Old Anniesland with a foot in both camps. It is a relationship which clearly needs looking after, but when managed properly provides significant benefits to both parties.

THE OFFSIDE LINE’S coverage of grassroots, youth and schools rugby is supported by MACRON STORE EDINBURGH (COLIN CAMPBELL SPORTS). Click HERE to contact the team for information on how they can help with your club or school’s kit supply demands.
About Stuart Rutherford 50 Articles
Stuart hails from the Borders town of Selkirk and has been around rugby all his life, largely thanks to the influence of his father, John. Not only a fan of the modern game, he is a keen rugby historian, and produces a regular 'Throwback Thursday Column' for The Offside Line.