WHAT. A. Match. In a topsy-turvy Glasgow derby at Braidholm, a GHA side down to 14 men following Dario Ewing’s red card, and facing a 16-point deficit going into the final quarter, fought back to complete a dramatic landmark victory with the final play of the game.

An ecstatic home coach Trevor Carmichael said after the most unlikely of comebacks: “As we scored a couple of tries I could see Hawks were maybe getting a wee bit disjointed, and I can’t commend the players enough for effort – it was absolutely phenomenal.”

And how right he was. Despite dominating territory and possession in the first half, they found themselves 10-12 down at the break, owing to some sterling defensive work from Hawks, led admirably by captain Stephen Leckey, and their own profligacy.

GHA had the first opportunity in a frantic opening, a break by centre Charlie Lonergan offering a half-chance to Jordan Craig, but he was forced to knock on by good covering defence by Grant Mollison. Hawks won a penalty at the resultant scrum and duly went up the other end of the pitch to score.

One rolling maul, which made a good 15-20 metres of territory into GHA’s 22, was pulled down, and Ewing was shown his first yellow card of the afternoon. After going to the touchline again, GHA were powerless to stop Jack Gemmell from scoring. Stand-off Liam Brims, who dictated play brilliantly for Hawks whilst he on the pitch, struck the upright with the conversion attempt.

GHA levelled matters via the same means through Hamish Clark, only for Hawks to regain their lead with their next assault. Full-back Yousef Alagilly returned a loose kick with interest, and when Brims went through a hole, he had Kerr Gossman on his shoulder for the finish.

GHA’s first-half dominance did eventually see them reduce the deficit when Ruairi O’Keefe, an early replacement following injury to centre Cameron King, finished off a nice move involving Lonergan and Grant Mollison in the right hand corner, but given their territorial and possession advantages, GHA would not have felt the scoreline was doing them justice.

Early into the second half, and with GHA captain McCarthy lain out in serious discomfort, Hawks took full advantage when their own captain Leckey crossed in the right-hand corner following more good work from Alagilly.

GHA then went down to 14 men in somewhat confounding circumstances. Liam Brims was hit late following a clearing kick, and with eyes following the action at the time, by the time you looked back round, the closest GHA player in attendance to the incident was O’Keefe.

O’Keefe even seemed to go up to his coach and referee Ben Blain accepting blame for the incident, but after a discussion with his near-side touch judge, the referee called Ewing over and showed him his second yellow card, with the best part of half an hour to play. Penalties were now racking up against GHA, and Hawks were dominating as they played up the Braidholm slope, in a mirror image of the first half.

The only difference was that Hawks were putting points on the board. Brims produced a lovely side-step and finish to make it 26-10 in favour of the away side with an hour gone, and secure the bonus-point try.

But, when Brims was then replaced by Connor Holborn, Hawks lost their way and GHA’s great escape began. First up, Mollison eventually made his way over in the right-hand corner, following good hands along the line, and now the penalties seemed to all be going against Hawks, which saw Andy Kirkland taking a yellow card for the second week in a row.

Missing his weight and presence in the maul, Adam Barnett grounded for GHA to reduce the deficit to two points. Despite everything seemingly going their way, they butchered some good opportunities to complete the unthinkable turnaround, and one moment of madness nearly cost them very dearly indeed. With a penalty awarded just outside the 22m, and almost bang in front of the sticks, replacement scrum-half George Baird went for a tap and go. Fortunately for him, Hawks again impeded as GHA closed in on their line, and another maul saw replacement loosehead Michael Fox get over the line with the referee’s watch already showing 80 minutes up.

It may be a sporting cliché, but neither side deserved to lose this one, but unfortunately for Hawks’ head coach Andy Hill, that cruel fate was bestowed upon him. “The performance was probably the best one we’ve had of the season in terms of how we’ve played, and the attacking gameplan,” he said. “We just didn’t manage the last ten to 15 minutes. Lost a scrum penalty, kicked one out on the full, missed touch at one point. It just put us under pressure in terms of trying to
exit.” 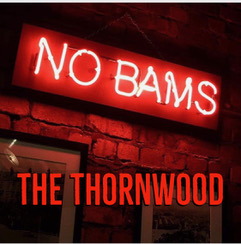 The Thornwood bar is delighted to support Glasgow Hawks

Man of the Match: Stephen Leckey’s name was all over this until that dramatic late turnaround, but one of the driving forces behind GHA’s comeback was Charlie Lonergan, whose ability to break the defensive line and get Hawks scrambling back caused all sorts of problems.

Talking point: That bizarre second-yellow-card incident involving Ewing and O’Keefe. Whether O’Keefe was simply trying to take one for the team or not remains to be seen, but Trevor Carmichael has said he’ll review the footage, and if it turns out it was O’Keefe, he can expect to be doing some laps at the next training session.

About Iain Hay 22 Articles
New to the freelancing journalistic world as of August 2019, Iain has previously written for The Scottish Rugby Blog since 2017, covering matches for Glasgow Warriors, Scotland and opinion pieces. Can also often be heard on their podcast flapping his gums about the oval-ball (technically, it’s ellipsoidal) game and being pedantic. Is rumoured to believe that Finn Russell is The Messiah. Does the Twitter thing, but doesn’t like it.