Australian international Quade Cooper was the subject of ridicule on social media after being pictured with his latest opponent as he attempts to combine rugby with a career as a boxer. Cooper had won his first two bouts and his latest was on the undercard of a grudge match between Anthony Mundine and Danny Green. Cooper’s opponent was 22-year-old Jack McInnes, apparently an experienced kick-boxer although images suggested he was a little under-prepared for the fight [see featured image]. Cooper won when the ‘contest’ was stopped in the second round.

Perhaps Cooper is using boxing to exorcise the memories of being on the receiving end of this punch from Salesi Ma’afu dating back to 2011.

Age No Barrier to Egg Chasing

Cooper’s new team mate George Smith has been bucking a trend of players being forced to retire early from a sport that is frequently described as ‘attritional’. The 36-year-old Aussie flanker made his debut for the Queensland Reds almost 20 years since starting out in a career that has seen him earn 111 international caps.

Another veteran for whom age appears to be no barrier is Jerry Burns, who made his first top team appearance for Combe Down Rugby Club in the Southern Counties South league. Burns, the father of Aviva Premiership pair Freddie and Billy had his first XV breakthrough at the age of 58, having taken up the game when he was 40. There was no happy outcome for Burns, as Combe Down 51-3 to Wimborne.

Ireland supporters were in good voice before the clash with Scotland at Murrayfield on the opening weekend of the RBS Six Nations. Few of the visitors from the Emerald Isle need much prompting to deliver a rendition of well-known Irish songs. And when the pilot of an Aer Lingus flight carrying a load of supporters to Edinburgh made an announcement, it led to an in-flight rendition of the Fields of Athenry. It was probably more subdued on the return flight, after the defeat at BT Murrayfield.

From County to Canada for Skipper McCrorie 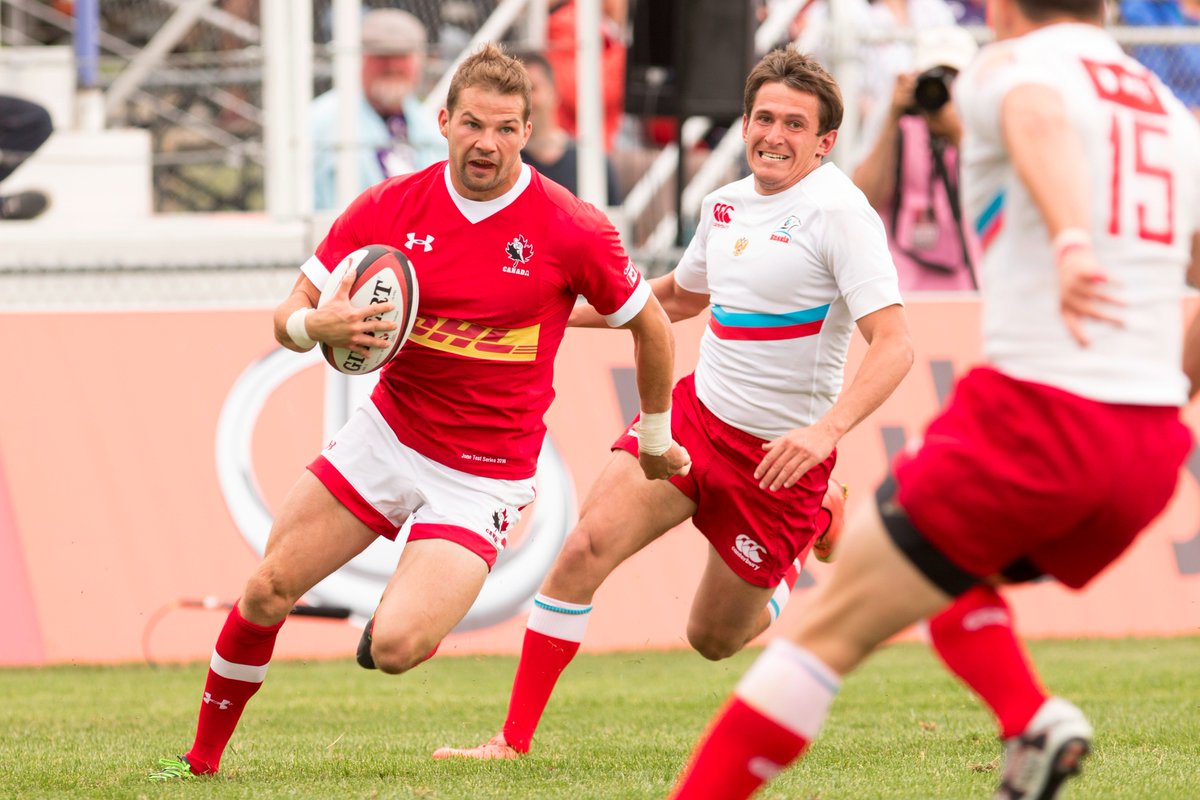 There was much debate ahead of the RBS 6 Nations fixture against Wales over who should replace Greig Laidlaw as scrum-half and captain. At the same time, one Scottish-born player was occupying both roles for his adopted country. Gordon McCrorie, formerly of Stirling County, qualifies for Canada on residency rules and he led his new homeland for the first time in the Americas Championship as they opened their campaign with a defeat against Argentina Jaguars, and he was on the bench for the loss against the US Eagles but skippered the side to wins over Chile and a defeat against Uruguay.

The RBS 6 Nations has delivered some great entertainment and close fought encounters. Another competition that was keenly contested was the Six Stations, a snow rugby event featuring a host of former international players. Played at six locations better known for skiing than rugby, the title went to Chatel, whose squad featured Frenchmen Christophe Dominici, Lionel Faure and Thierry Louvet, as well as English duo Iain Balshaw and Olly Barkley.

Timely substitutions win matches, particularly at international level, but it seems the skills of a coach in assessing when a player needs to be replaced are becoming redundant as a result of technological advances. Wales flanker Ross Moriarty was a stand-out performer against England and eyebrows were raised when he was withdrawn from the action after 52 minutes. The decision, it later transpired, was not based on any obvious flagging by the Gloucester flanker. Instead, he was substituted because GPS readings suggested he was tiring.

After his less than gracious reaction to the novel approach adopted by Italy against England at Twickenham, Eddie Jones may wish to take some advice from Richie McCaw on how to deal with the breakdown. In this clip from 2015, McCaw admits getting away with things early in his career before you “had to come through the gate”. Unfortunately, he doesn’t give much advice on how to circumvent the offside law.

Hosts recover from rocky start to claim the silverware …