As reported by The Offside Line earlier this week, the English Premiership outfit had hoped to have the 26-year-old playmaker available for this weekend’s clash against Exeter Chiefs at Sandy Park, but when his return from an abdominal injury meant that this wasn’t feasible it seemed like the deal was going to fall through – but Worcester now seem to have decided that Weir is worth the wait.

Weir has been out of action with that abdominal injury since October. It is not clear at this stage whether this is simply a mechanism for getting the player some game time after so long out, or the precursor to a longer-term deal. Weir’s contract with Edinburgh runs out this summer.

He is already down in Worcester. New team-mate Marco Mama posted a picture on social media this morning of the Scotsman posing in a club branded jumper alongside scrum-half Luke Baldwin. 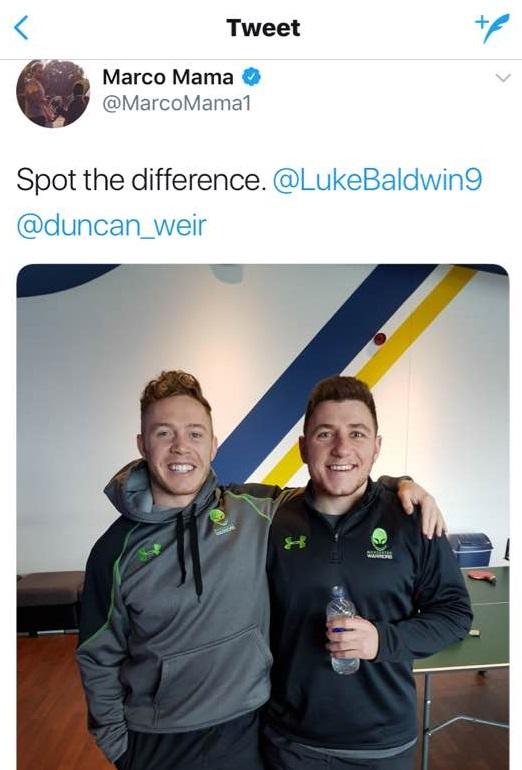 The tweet has since been deleted and Warriors are currently refusing to comment on the sitation, but the loan deal has been confirmed by an Edinburgh source.

No set timescale has been put on the deal meaning that the player could, in theory,  be called home next week, or remain at Sixways until the end of the season.

Growing competition for places drives Chris Dean and Edinburgh on

Franco Smith: “We want to be the heroes that Glasgow needs”

NEW Glasgow head coach Franco Smith has provided a defiantly upbeat assessment of the playing squad he has inherited, insisting they can leave the disappointments of last season behind them and quickly get back to …

NEARLY two months after parting company with Danny Wilson, Glasgow have confirmed that Franco Smith will be his successor as head coach. The South African, who turned 50 last week, will fly into Scotland in …

URC fixtures: Edinburgh at home first up while Glasgow head for Italy

GLASGOW will visit Benetton on the opening weekend of the URC season before having their first home fixture against Cardiff a week later. Edinburgh start their campaign at home to the Dragons and then head …