STEVE FINAN joined The Sunday Post as a sub-editor in 1979 and has a vivid memory of being called into editor Bill Anderson’s office then told to stand on a chair. He was instructed to raise one hand in the air, then raise one leg, and just as he was summoning the courage to ask what the hell was going on, the senior man imparted some words of wisdom which set in motion a 40-year chain-reaction which resulted in the publication of his most recent book: ‘Dark Blue Blood – Scottish Rugby in the Black & White Era’.

“What he said was: ‘I am going to tell you something now that I want you to never ever forget, because everybody knows this but everyone always forgets it – purely and simply, the first rule of journalism is to read your newspaper’,” recalls Finan.

“He meant I should read the current newspaper back to front so that I knew everything that was in it, so that’s what I did. But working for a Sunday paper there was a lot of spare time during the week, and the archive was just up the stairs, so I used to go and pick out a paper from 1952 or 1964 or whatever and trawl my way through it, and some of the stuff I’d find was just amazing.

“I became the world’s foremost expert on old Sunday Posts, and as I looked back through all those papers it began to occur to me that I could make advertising features, or nostalgia features, out of some of the great stuff I was discovering.”

A breakthrough moment came in 2017 when he compiled a book on household tips from the 1950s. “It just caught the imagination,” recalls Finan. “The Daily Mail did a full page on it, then other people got in contact and it appeared on This Morning with Anthea Turner trying out some of the tips, and we ended up selling a good 10,000 copies.

“It went down so well that I went to the managing director at DC Thomson in 2017 and suggested that I could create a department making books out of archived material, and give him his due he said: ‘Here is some money, here is some staff and resources – off you go’.

“The more and more I looked at the archive, the more I could see that we have all this stuff which is just wonderful. Files and files of football pictures – stuff that was never used – so I put out a book about football grounds [‘Lifted Over The Turnstiles’].

“Who knew that the old corrugated iron architecture could be so popular? But it has really taken off! We ended up having to supply 200 books to a seller in Germany, we sold an awful lot of books in England to people who have never been to places like Stark’s Park or Rugby Park but they just love this old stuff. It has had interest from all over the world. We’re up at tens of thousands of sales and it isn’t showing any sign of subsiding.”

“We then did a book of Scottish football team photos [‘It’s a Team Game‘] and now this rugby book, which is the third in a series of 15 sports books we have planned.”

“We have fallen, as if by accident, into making books about sports nostalgia, and it is the gift-buying market which is driving it. Because they are big, doorstop sorts of things of 300 pages, with high quality paper and printing, they look and feel like presents, so people buy them for Father’s Day, birthdays, Christmas and such-like. I’ve lost count of the number of people who have emailed me to say that they have bought this book for their dad and he’s never had his nose out of it all Christmas, and that’s the sort of thing you love to hear.

“For the rugby book, I first looked at the stuff we’ve got in the DC Thomson archive, then started to find ways to fill the gaps from other places such as Hawick Hub – which is their town archive – and these people could not have been more helpful. It was a joy to work on,” he continues.

“It is lovely to meet people like that who will talk away about these things they have a deep knowledge and understanding of, and you might think that nobody will ever need that information – and a lot of the stories won’t translate into print – but they add to the legend, and hopefully this book is a way of preserving some of that.

“Speaking to these people is like opening an old book of experience and memories that nobody has opened for years and years, and you get all this stuff out of it, then when you find this photo that illustrates what’s been talked about … and it is just great!”

Finan’s enthusiasm for the subject is clearly boundless, and he would love to return to rugby in the future, but he has a few other projects to take care of first.

“There’s a huge range of things we can do – I’d love to do boxing because I’ve got a lot of great photos going about 100 years back, but I’ve not got very many captions so I don’t know if I’ll ever manage to get into that properly.

“We’ve been contacted by other people who have large archives – like the Edinburgh City Archive – so we’re going to go and advise on how they can use their stuff, and we’ll see if there is enough turns up for another rugby book.”

“I kind of felt that in this book we got a lot of Borders stuff, a lot of Midlands stuff and a lot of international stuff, but we didn’t get as many pictures as I’d have liked from Edinburgh and Glasgow. Hopefully when this book comes out people will get in touch and say that they have pictures of this and that we can use.”

There are a few ‘weel-kent’ faces in the two pictures below. Can you name them? 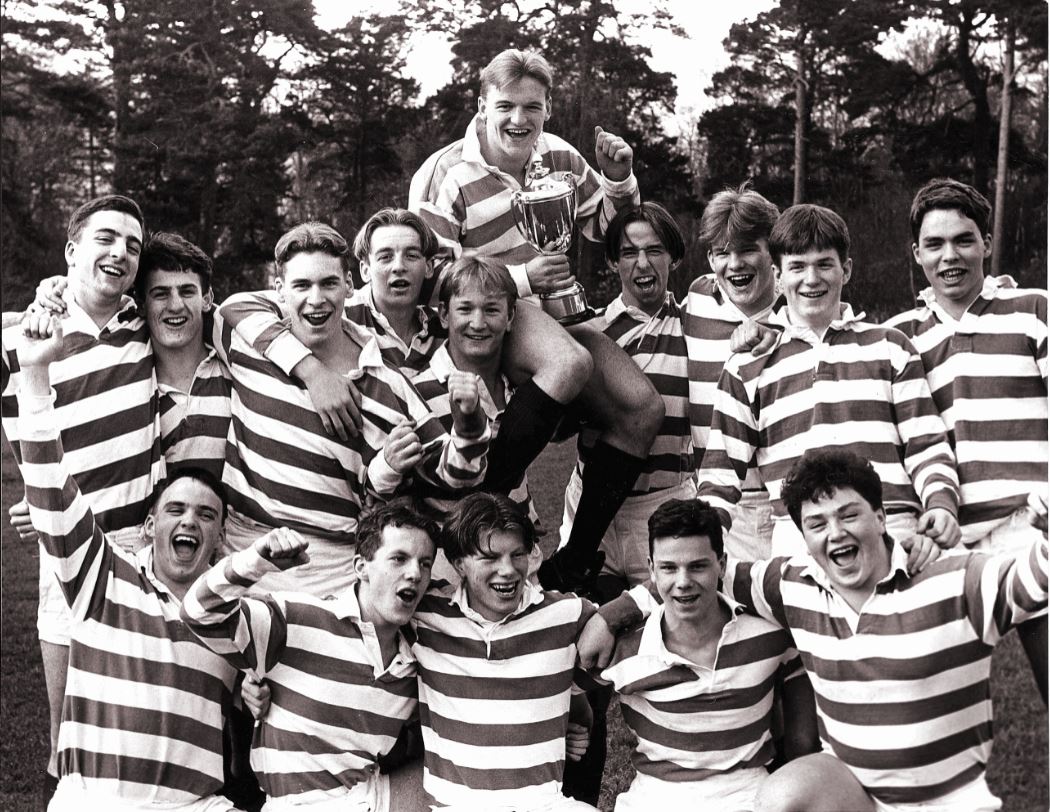 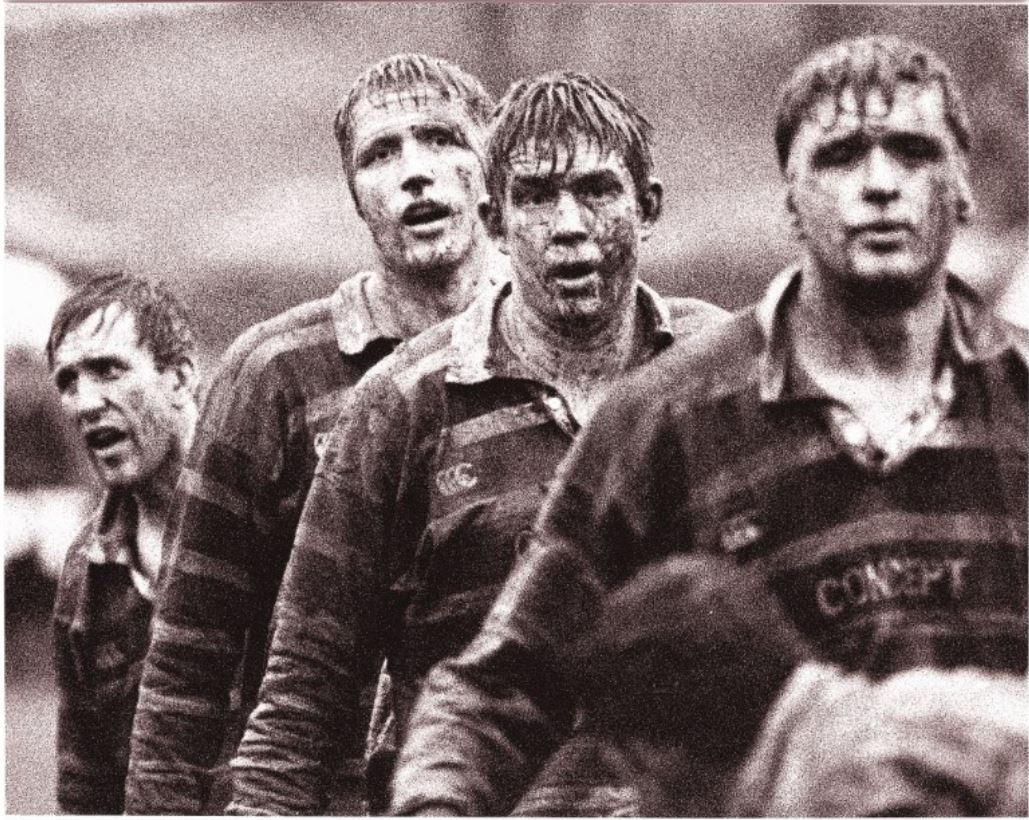 The TOL’s guide to essential YouTube viewing during lockdown

About David Barnes 3032 Articles
David has worked as a freelance rugby journalist since 2004 covering every level of the game in Scotland for publications including he Herald/Sunday Herald, The Sunday Times, The Telegraph, The Scotsman/Scotland on Sunday/Evening News, The Daily Record, The Daily Mail/Mail on Sunday and The Sun.

Premiership: Currie Chieftains get better of GHA in 13-try thriller

Premiership: Jed-Forest down Musselburgh with second half resurgence