About David Barnes  Articles
David has worked as a freelance rugby journalist since 2004 covering every level of the game in Scotland for publications including The Sunday Times, The Telegraph, The Scotsman/Scotland on Sunday/Evening News, The Herald/Sunday Herald, The Daily Mail/Mail on Sunday and The Sun.
Facebook Twitter LinkedIn
About Stuart Bathgate  Articles
Stuart has been the rugby correspondent for both The Scotsman and The Herald, and was also The Scotsman’s chief sports writer for 14 years from 2000. He first played rugby in 1972, in the second row of the George Watson’s College 17th XV. He impressed his coach so much that he was soon making his debut for the 18ths.
About Colin Renton  Articles
Colin has been a freelance writer on a range of subjects including sport, food & drink, travel and finance for more than 20 years. During that time, he has contributed to over 75 publications and websites. He is also an experienced proof reader and editor. Colin covers rugby at all levels but is particularly passionate about the game at grass roots. As a fluent French speaker, he has a keen interest in rugby in France and for many years has reported on the careers of Scots who have moved across the Channel to ply their trade. He appreciates high quality, engaging writing that is thought provoking, and hopes that some of his own work fits that bill!
About Alan Lorimer  Articles
Scotland rugby correspondent for The Times for six years and subsequently contributed to Sunday Times, Daily and Sunday Telegraph, Scotsman, Herald, Scotland on Sunday, Sunday Herald and Reuters. Worked in Radio for BBC. Alan is Scottish rugby journalism’s leading voice when it comes to youth and schools rugby.
About Stuart Rutherford  Articles
Stuart hails from the Borders town of Selkirk and has been around rugby all his life, largely thanks to the influence of his father, John. Not only a fan of the modern game, he is a keen rugby historian, and produces a regular ‘Throwback Thursday Column’ for The Offside Line.
About Gary Heatly  Articles
Gary has had a love for both rugby and writing for as far back as he can remember. Having cut his teeth in the ‘real world’ at the Midlothian Advertiser newspaper for a couple of years between 2005 and 2007, he has since been kept busy as a member of the editorial team at SCRUM Magazine, whilst providing regular rugby content to various national newspapers and websites.
About Dougie Ross  Articles
The author has not yet added any personal or biographical info to his author profile.
About Jack Nixon  Articles
Jack is a Borderer, born in Langholm, and a graduate of Moray House College of Education in Edinburgh. He was a founder member of Livingston Rugby Club in 1968 and has been rugby correspondent for the Aberdeen Press and Journal since 1997. He has been going to Murrayfield man and boy since 1954!
About Matt Vallance  Articles
Matt is a former member of Cumnock Rugby Club’s ‘Mean Machine’ – motto: “Well, we won the fight”. He has written about some 60 sports in a long career, mainly spent freelancing for, amongst others: The Herald, The Scotsman, The Sunday Times, Scotland on Sunday, the late-lamented Sunday Standard and just about every national paper. He survived a spell at the Paisley Daily Express, covering St Mirren and the Paisley Pirates every week. He now writes a lot of sporting obituaries, since he saw many of his subjects play. Opinionated, passionate and, as one Bill McMurtire once said: “The only Cumnock member (other than Mark Bennett) who can be let out without an escort”. In his 70th year, Matt, known to many as: ‘Snuff’, still has a few noses to get up. Unfulfilled ambition – to live long enough to see Scotland beat the All Blacks.
About Jeff Connor  Articles
JEFF CONNOR was born in Manchester, went to school at Bury and lives in Lytham. He has worked for a number of national newspapers including the Daily Express, Daily Star, Scottish Sun, Scotland on Sunday and Scottish Mail on Sunday. He is the author of 12 books, including: Wide Eyed and Legless, the classic account of the 1987 Tour de France; The Lost Babes, the moving story of the Munich air disaster; The Philosophy of Risk, a biography of the tragic mountaineer Dougal Haston; Pointless, a season with Britain’s worst football team; Up and Under, an inside account of the 2001 Lions tour to Australia; and Giants of Scottish Rugby, which contains exclusive interviews with 40 of the nation’s greatest players. He recently published his first novel: Looking for Lulu.
About Alex Mcleman  Articles
Alex is a freelance multimedia sport journalist who has covered all levels of rugby across the world. Having gained his first break in the industry working as a beat reporter for the Melbourne Rebels Super Rugby franchise for the Herald Sun in Australia, Alex moved back home to Scotland in 2013 where he has covered a range of sports for a number of leading publishing companies all over Europe. Having gained his Masters in Digital Journalism from the University of Strathclyde, Alex is a passionate proponent of digital media and is keen to establish new techniques for the coverage of Scottish sport.
About Stephen Brunsdon  Articles
The author has not yet added any personal or biographical info to his author profile. 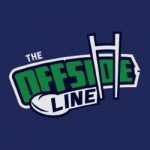