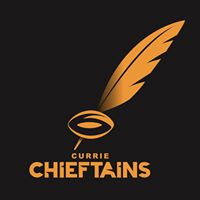 Young Gun: Ally McCallum played the majority of his rugby in the As last year as a back-row or second-row, having come through the club’s youth system. “He has been impressing at age-grade regional level and has worked extremely hard both on and off the field, hooking up with Luke Crosbie in the gym,” said head coach Mark Cairns. “He is looking physically ready for a step up into the 1st team this year and has a very bright future.”

Key Man: Rhys Davies was the clubs Players’ Player of the Season last year and has now stepped up into a formal leadership position as vice-captain. :He has always been hard working and explosive but has added to this with by developing his game understanding and skill-set,” said Cairns.

Head Coach Comment: “We have retained much of our team from last year’s successful Premiership season, which is a credit to the club, having had 11 players involved in the Super6 Sprint series. We have not actively recruited but I am really pleased with the number of players choosing to play their rugby at Currie this year. This is highlighted by us getting three teams out on Saturday and taking over 50 players to play Sedgley Tigers in Manchester last weekend. We used a total of 47 players in our 1st XV last season and this strength in depth is likely to play an important part in our success this year.”

This Season’s Prediction: Ready and able to prove a point after last season’s near miss. 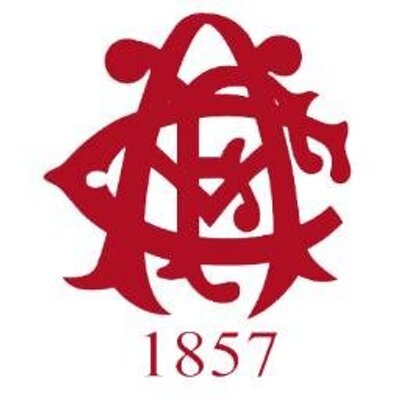 Young Gun: Second-row Euan McVie has come through the BATs Youth Rugby programme. The son of ex club player and coach Malcy, he is an exciting player who played Scotland under-18s at the end of last season and is hungry to learn.  “We have been really pleased with how he has stepped up to senior rugby during pre-season and we look forward to seeing him grow both on and off the field,” said head coach Iain Berthinussen.

Key Man: Ruari Campbell offers a real point of difference. Not your stereo typical No 8, speed and attacking space are his weapons.  “He matured well last year in his leadership role and continues as vice-captain this season, an integral part of the club,” said Berthinussen.

Head Coach Comment: “Last season we surprised ourselves with where we finished and the challenge for us this season is to be in the hunt for the play-offs again. Teams will be more aware of Accies and what they bring to the Premiership, so we need to be able to handle that pressure as well as continue to grow as a team.  The players have been fantastic during pre-season and with the majority of last season’s squad having returned alongside over 20 new players coming in, it is an exciting place to be.”

This Season’s Prediction: Should make the play-offs again – then anything could happen. 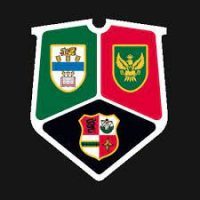 Young Gun: Centre Johnny Ventisei played Scotland Under-18’s last season and is this year’s 1st XV Captain at St. Aloysius College. He has chosen to move up to senior rugby early in his career.

Key Man: Stand-off Andrew Goudie brings a lot of experience and leadership to the squad after playing at Super6 with Stirling for the last two seasons.

Head Coach Comment: “This is our third season in the Premiership and we are again looking to improve on our performances and finishing position overall. We have a young, exciting squad with the addition of some experienced players that gives us a great mix and options. The boys have worked hard over pre-season and are hungry to get the season going so that they can achieve our outlined goals for the season.”

This Season’s Prediction: Top half needs to be the target. 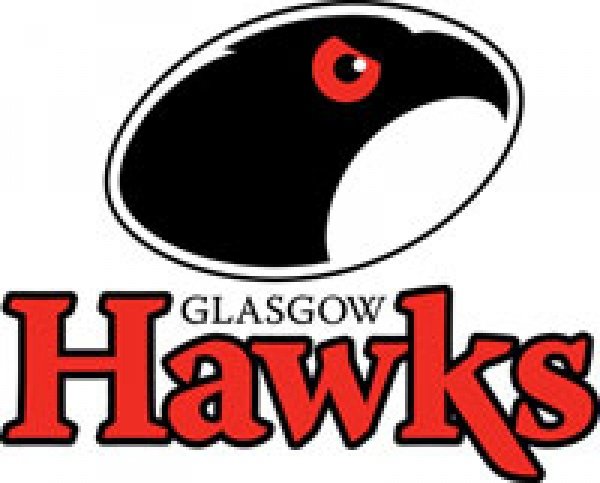 Young Gun: Glasgow Academy school leaver Ruaraidh Hart (second-row) was part of the Scotland Under-18s in April. “He comes with a glowing report from the Academy,” said Hill. “A smart lad, studying to be a doctor, he picks up things quickly and has a great work ethic on and off the field. We expect him to get better with each game he plays.”

Head Coach Comment: “Losing seven players to Super6 alongside another half dozen 1st XV regulars doesn’t make the job easy. However, with over 30 new faces all pushing for a spot in the starting XV is exciting. Not being able to compete in the top 2nd XV league was disappointing last season, so winning promotion was crucial to player development and we hope to push to be in the play-off final at 1st XV level come the end of the season. It was disheartening that the 1st XV fell away after Christmas in the race for the top four. Even with so many new faces that will remain the aim as we believe on our day we can beat anyone.”

This Season’s Prediction: Race for the play-offs is going to be an endurance contest so strength in depth could be an issue. 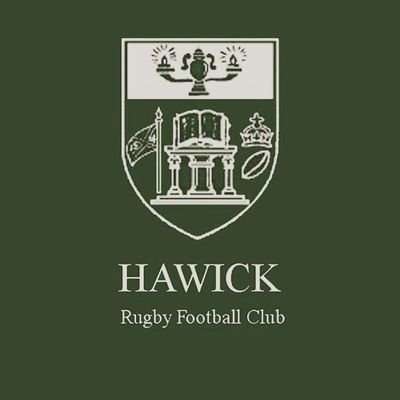 Young Gun: Eight players have moved up from under-18 level. Scrum-half Hector Patterson, who played for Jed Thistle before making the switch to Mansfield, was part of the Scotland under-18s squad in the recent Six Nations round-robin tournament. “He has shown he as a good skill set and understanding of the game and we are looking forward to seeing how he progresses this season working with Graham Hogg to improve his game,” said head coach Matty Douglas.

Key Man: Stand-off Kirk Ford had a big 2021-22 season and will be a key man in how the team plays this coming season.

Head Coach Comment: “The players have worked very hard in pre season and there is lots of competition for places. We are happy with the players who have been added to the squad along with the number of players we have kept from last season, with only two players moving on. Off the field we have a new look coaching team which we are very excited about. We are also going into the season with a new director of rugby John Hogg, so we know he will bring a wealth of experience to the role. We are looking to go one better than last year, and it doesn’t get much tougher than starting the season with a Border derby against Selkirk, but it’s a game we are looking forward to.”

This Season’s Prediction: Ready to push all the way if they can generate some momentum on the road. 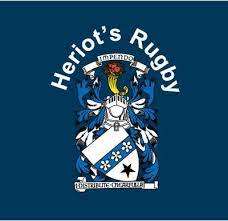 Young Gun: Guy Kirkpatrick, out of George Heriot’s School, is an exciting young stand off with skills to burn.

Key Man: Loose-head prop Angus Munro was the cornerstone of the National One winning pack last season and Phil Smith believes that he will soon challenge for Super6 if he continues improving at his current rate.

Head Coach Comment: “Our hope is that we are able to compete in what is obviously a hugely competitive league.”

Last Season: Promoted from National One

This Season’s Prediction: Consolidation is the goal. 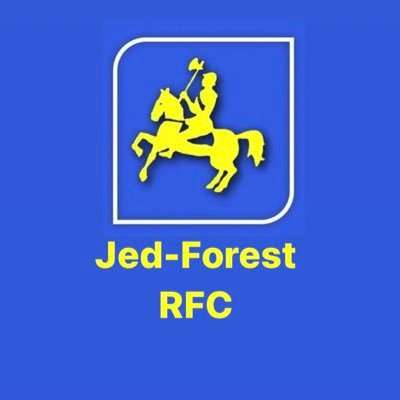 Young Gun: The diminutive Lewis Elder proved his mettle when bringing down rampaging giant Cairn Ramsay during his debut last season and the winger will look to kick-on during the coming campaign.

Key Man: New boy Lewis Walker arrives at Riverside having been named 2021 Western Australia Premier Grade ‘Best Back’ whilst playing Wests Scarborough, and he will be expected to unleash some young and not so young talent in Jed’s talented backline.

This Season’s Prediction: Should have enough firepower to stay above the drop zone. 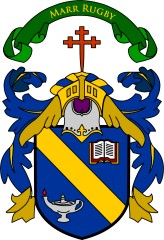 Young Gun: Andrew Ramage impressed in the sevens squad in May, and has developed as a player over last couple of months since leaving Marr College, so is expected to challenge for a place in the centre or on the wing.

Key Man: Scrum-half Grant Baird returned to the side for the last few games of last season and excellent pass helped to improve the speed we played the game at. “He is extremely competitive and ensures that everyone around him knows what he wants and how we want to be playing the game,” said Redpath. “He played a big part in the play-offs last season on the way to the title.”

Head Coach Comment: “After an excellent end to last season where we peaked at the right time to win the title, this season will be extremely tough as we know everyone will be desperate to beat us. With a few personal changes we know the challenge we face, and the aim again will be a top four finish to reach the play-offs.”

This Season’s Prediction: Will be there or thereabouts once again. 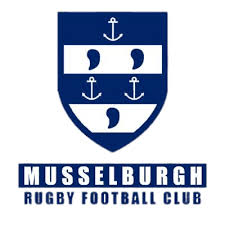 Young Gun: “Fin Thomson is beginning to mature as an inside back – if he keeps improving the way he has in pre-season then he could be very important to how we run our attack this season,” said O’Riordan.

Key Man: “Sandy Watt has been impressive in pre-season both in training and in games,” added O’Riordan. “He has the ability to light up our attack and create opportunities for us on the edges.”

Head Coach Comment: “Hope is perhaps the wrong word and ‘what’s the focus’ is perhaps more appropriate.  We have been honest with ourselves and the players in recognising that we are a Premiership team by default via a restructure (in 2018-19) and there are areas of our game that hadn’t been developed to a standard which would allow us to compete for and in the top four. Our focus for this season is to develop these physical, technical, tactical and psychological skills to improve our competitiveness and build a belief that we can push on.  What we hope overall” is that we begin to build the foundations this season for the most successful period in the club’s history in the longer term.”

This Season’s Prediction: A fight for survival. 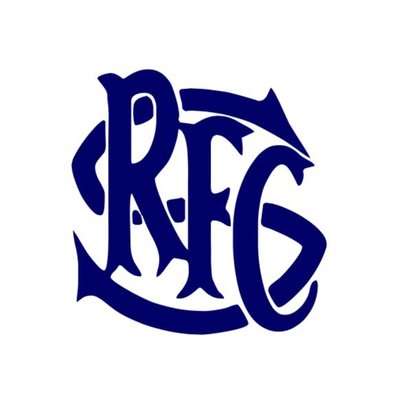 Young Gun: Flanker Monroe Job, stepping up from the Youth Club, is a huge talent who works extremely hard and is determined to make his mark in the senior game,

Key Man: Back-row Ryan Cottrell, who missed most of last season through injury, is a big talent with ball in hand.

Head Coach Comment: “Pre-season has gone very well and we’re in a good place to compete. There is not many harder places in the league than Hawick to kick-off the campaign but it will show us exactly where we are as a group in week one!”

This Season’s Prediction: Ready to progress.

About David Barnes 3192 Articles
David has worked as a freelance rugby journalist since 2004 covering every level of the game in Scotland for publications including he Herald/Sunday Herald, The Sunday Times, The Telegraph, The Scotsman/Scotland on Sunday/Evening News, The Daily Record, The Daily Mail/Mail on Sunday and The Sun.

Late drama at Netherdale after match goes to extra time …